What you didn’t know about Jeff Levin

We have what it takes to create unity out of separation. Success happens way beyond the mind.

I talked with Jeff Levin, founder of the Life Alignment organisation,  about this and the power to create a new reality.

Jeff, How do you create balance in life? How do you deal with a bad day?

Now that I am back in creative expression, I am finding that I use that to balance my stress or mood level. I don’t get stressed very often, but I’ve been a bit overwhelmed, for example at the moment, preparing for the unusual and complicated logistics of my journey through Europe.

I recently rediscovered my passion for creative photography. This has tightened so deeply my appreciation for nature and that is always so uplifting! I just grab my camera or even my phone and walk around to focus on nature.

Alternatively I go sculpting in our garage. When I was sculpting in Canada I could have come back from a big flight, completely exhausted. However, I could easily go and work on a stone and would get into a hyperspace and sculpt for hours just after my arrival. Suddenly, I wouldn’t be tired anymore. I don’t do it for any purpose then, I do it just for fun – even throwing away the end result would not be a big deal.

I love immersing myself into an activity. The creative process of doing something actively with my hands or body is what harmonises my state of being and is really getting my mind out of the way. An overwhelming or “bad” day happens mainly in our mind. Stress makes stress and it’s just a perception of reality. Immersing into a creative activity guides me into the calm of myself, and I suddenly realise that it’s not my body or my emotions that are overwhelmed, but my mind mainly.

If heaven exists, what would you like to hear God say when you arrive at the pearly gates?

Welcome old buddy! Good to have you back 🙂
When I arrive at the gates to “heaven,” I want to arrive into the whole of ascension.

Do you want to incarnate back to Earth after that or would you like to complete everything in this life?

At the moment, I think I want to complete everything in this life. I might choose to come back as a guide or sort of teacher. Like I did this life. I organically got moving very early in my life, when I was a child, with fulfilling my purpose. So choosing to come back, yes, but I don’t want to work out any karmic stuff anymore.

How do you measure success?

I selected a beautiful and profound poem that encourages the reader to explore one’s attitude towards success.

Leave the familiar for a while, let your senses and bodies stretch out, like a welcomed season on to the meadows and shores and hills.

Open up to the roof, make a new water mark on your excitement, and love.

Like a blooming night flower, bestow your vital fragrance of happiness and giving upon our intimate assembly.

Change rooms in your mind for a day. All the hemispheres in existence lie beside an equator in your heart.

Greet yourself in your thousand other forms as you mount the hidden tide and travel back home.

All the hemispheres in heaven are sitting around a fire chatting while stitching themselves together into the great circle inside of you.

We have recently been through a Hero’s Journey with a group of people. In this archetypal journey, we discovered that the Hero has to leave the familiar world in order to face the challenge of what he/she is being called to do. This is the first step to success in any venture.

We have to ask ourselves “What is success?” For some people, success is simply accepting the challenge. For others, like top seed tennis players, it is to win the game. Success is an individual measurement. For me just saying “Yes” to a challenge is success. The outcome is not as important as the motive. For me, it is about what I learn about myself in the endeavour. This is why I chose the poem by the mystic poet Hafiz. I love his invitation to leave the familiar and venture out of my comfort zone, and he does so with such gentle insight into how scary this is. I like to keep things simple! “Leave the familiar”, “Open up to the roof of your mind”, “Change rooms in your mind for a day – not for ever, just for a day.” This to me is success. 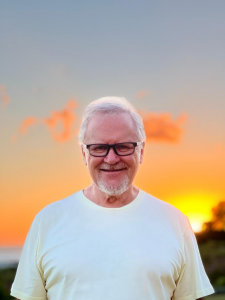 Jeff, what’s an “insult” you’ve received that you’re proud of?

Here is one situation, but there were many more.

My son Dan was young and playing hockey, and I naturally became part of the group of parents. There were some very prominent parents in this group, particularly one top top lawyer. One day he was taking Dan to hockey in his car, and we drove in the car behind. He said to Dan, “Tell me, what is your dad doing”? Dan responded excitedly, “My dad radiates energy through his hands”!

So we all arrived at the hockey stadium and came together while the kids were on the field and the lawyer said to me laughing, “Do you wanna know what your son thinks you do? He thinks you radiate energy through your hands”, now bursting out into laughter. I looked at him and laughed as well and said, “Well that is exactly what I do”.

If you had to write a book tomorrow, what would you write about?

When I was in hospital, I was very inspired to write a memoir about the magical stories of my past. Suddenly, it was flooding my consciousness: All these incredible stories that lead up to that experience of being hospitalised with Covid. They all prepared me for this, and nothing just happens by coincidence.

I have had some very profound experiences in my life, and like I mentioned earlier, that started very early. So far it has been very difficult for me to pursue this idea, as I don’t want to make anyone think that my experiences are more magical than others’, yet there have been extraordinary happenings in my life – including a lot of suffering and real pain.

What do you think the world will look like in ten years?

In reality, I can’t tell of course. To be honest, I expect separation, destruction and a battle, but I believe there will be a critical mass that is strong and will survive that battle.

We are in the middle of a great extension. What I desire the world to look like in 10 years from now as a result of that extension, is to see a critical mass of people that are of higher consciousness that can bring and facilitate change.

On the one hand, I think of the new generation and the new frequencies that they bring to earth, Crystal children or in the past what were called Indigo children. I think they particularly will uplift the consciousness and will have an effect on the planet. Look at the young Swedish girl Greta Thunberg and how she is helping to change the consciousness for the environment globally.

Despite the new generation, my wish is to see that everyone recognises that we have impact and bring about change. It’s happening already organically. If you watch the news and look at the people that represent the Baltic States for example, it’s mainly young women. So a matriarchal frequency of leadership comes in and replaces the old patriarchal, stuck power. Yet the old order, like in Russia, is wanting to get rid of this. This is a great representation of the battle between the higher and lower frequencies. However, the feminine presence that’s happening is already phenomenal.

My vision is as well that we in our “small” Life Alignment family harmonise and cooperate with other spiritual groups. I would love to see more interaction between us and other spiritual leaders that are more dominant out there. We are not there yet, but I am hoping that we are getting to that point where we are playing a key role in the world’s cooperation between spiritual and political leadership and also galactic. For years there have been attempts to become conscious of life around the universe so that we get away from the thought that it’s just us.

The new frequency you are mentioning: How does this happen despite the new generation?

First of all, as the earth moves in space through the photon belt it is evolving and is coming into higher frequencies. Looking at sun spot activities, there is even a great risk with the climate change of depleting the ozone protection. All this massive radiation such as 5G is having major impacts.

The universal law works more and more in favour of bringing consciousness with the speed up of frequencies. Tangible change is already there: Manifestation is working very quickly. And so is Karma. The evil people and the Putins of the world will hopefully pay their price during their lifetime. Up to now all these dictators would live until they get to 100 and the majority of good people die early.

We are moving into the 4th dimension, naturally, as we are ascending to a new dimension. There are those that will resist that, and that will be the battle I mentioned – the resistance to ascension.

We will create a whole bubble of a new reality that is of a higher consciousness, and my wish is that those that are willing to move into that will be welcomed. That shall be the new world order.
Intergalactic cooperations, that’s it in a nutshell :). Listening to myself, I might want to change the answer of the previous question. This would be a world I would definitely choose to come back to. 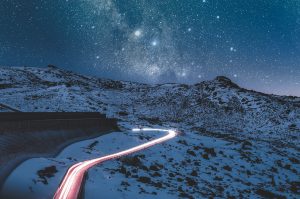 In sharing and to raise the consciousness on our beautiful planet, PLEASE PASS ON THIS NEWSLETTER to your FAMILY, CLIENTS,FRIENDS and NETWORKS who might find this of interest and they can subscribe here